BTS’s Jungkook Made Jimin Laugh So Hard, He Broke His Chair…Again 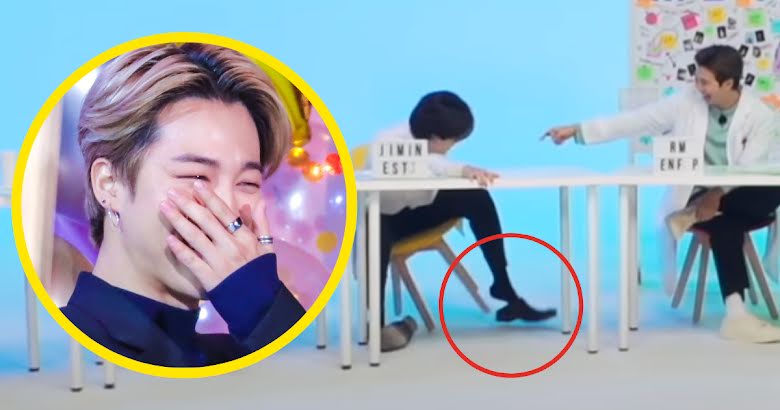 BTS’s Jungkook Made Jimin Laugh So Hard, He Broke His Chair…Again

In the midst of their “perilla leaf” debate, the BTS members quickly spiraled into madness! BTS recently started a new short series on their official YouTube channel called “MBTI Lab,” where the members took the opportunity to update fans about their most recent MBTI results.

Veering from the topic of the initial debate which questions whether or not it is appropriate for your significant other to help someone else by separating their perilla leaves, the members began thinking of other scenarios at the dinner table. From peeling shrimp to sharing soup, they discussed a wide variety of hilarious topics…