BTS interview: the K-pop giants on Army, military service, masculinity and their early days before conquering the world

This is a very serious and deep question,” says RM, the 26-year-old leader of the world’s biggest band. He pauses to think. We are talking about utopian and dystopian futures, about how the boundary-smashing, hegemony-overturning global success of his group, the wildly talented seven-member South Korean juggernaut BTS, feels like a glimpse of a new and better world, of an interconnected 21st century actually living up to its promise.
BTS’ downright magical levels of charisma, their genre-defying, sleek-but-personal music, even their casually non-toxic, skincare-intensive brand of masculinity – every bit of it feels like a visitation from some brighter, more hopeful time.
What RM is currently pondering, however, is how all of it contrasts with a darker landscape all around them, particularly the horrifying recent wave of anti-Asian violence and discrimination across a global diaspora.
“We are outliers,” says RM, “and we came into the American music market and enjoyed this incredible success.” 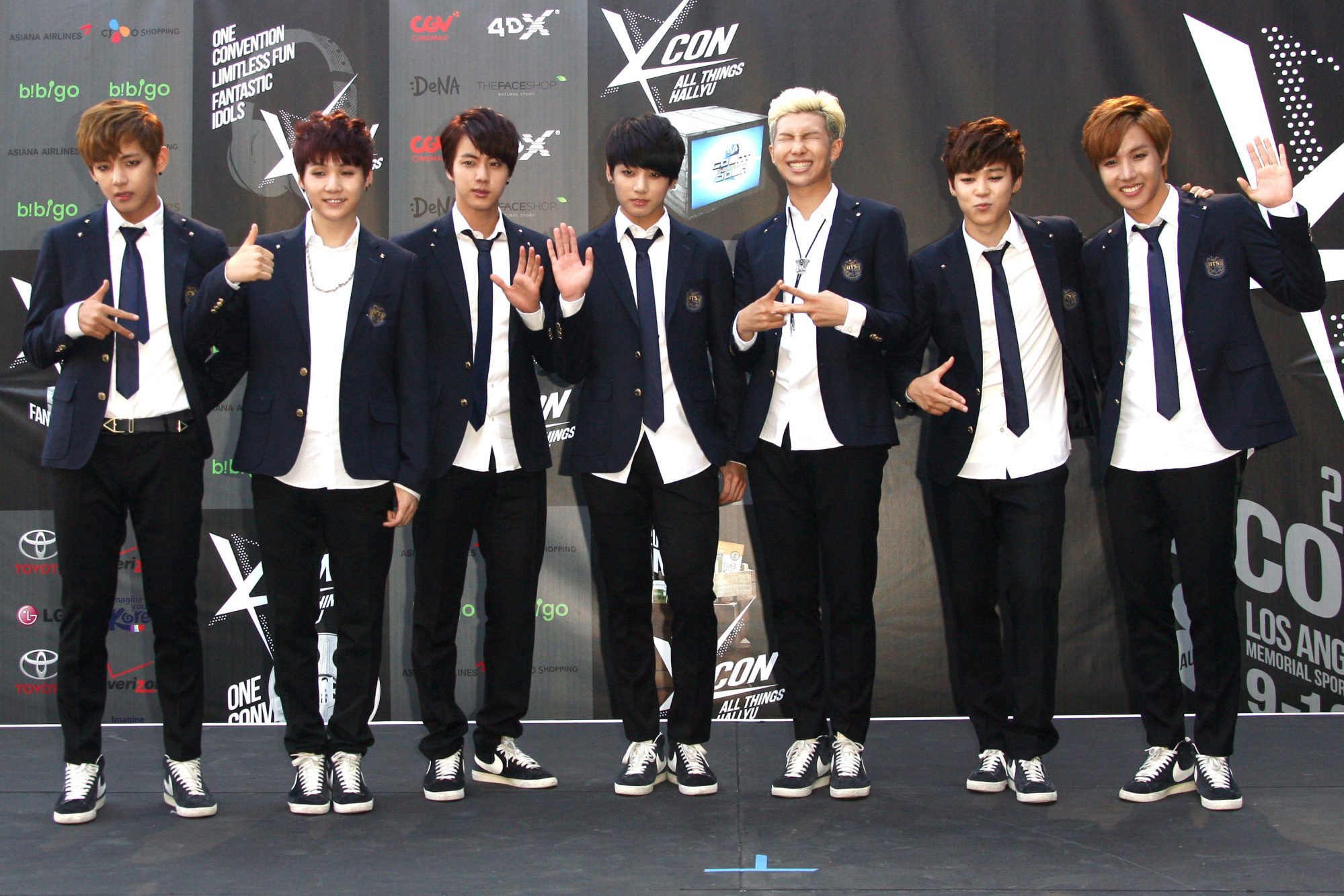 , in 2013, Big Hit was an under­dog start-up in a South Korean music business then dominated by three huge firms (Bang had been a producer for one of them, JYP). Big Hit reportedly once ran out of cash while filming a video. Now, thanks to BTS’ success, Hybe is a publicly traded company so large it just snapped up the American management company behind Justin Bieber and Ariana Grande.

“We always set goals and standards that may seem ideal, and try our best to get there as close as possible,” Bang says. “It’s still the same.”

were the first two members to join after RM, at a point when Bang imagined a pure hip hop group. (There were other rapper trainees on board with them, all ultimately jettisoned as BTS became more of a pop hybrid.) Suga, also a fan of Epik High, as well as American rappers like T.I., was already a skilled rapper when he joined, much to his parents’ displeasure. “They didn’t understand rap music,” Suga says. “It’s natural that they were against what I was doing. I think that helped me work harder because there was something that I had to prove.”

On the intense 2016 solo track The Last (recorded under the alias Agust D), Suga revealed battles with obsessive-compulsive disorder, social anxiety and depression. “I’m comfortable now and feeling good,” he says. “But those sort of negative emotions come and go. For anybody, these emotions are not things that need to be hidden. They need to be discussed and expressed. Whatever emotions I may be feeling, I’m always ready to express them.”
With the group’s sunniest personality, J-Hope is beloved by his bandmates. (“I think J-Hope can run for president of the world,” says V; “There will be at least six votes from us,” RM adds.) J-Hope is a stunning dancer and a surprisingly aggressive rapper, a skill he learned in his trainee days. “When I first started training, all the members were rappers,” he says. “So when you went into the house, beats were dropping. Everyone was just rapping in freestyle. It was not easy to adapt at first.”